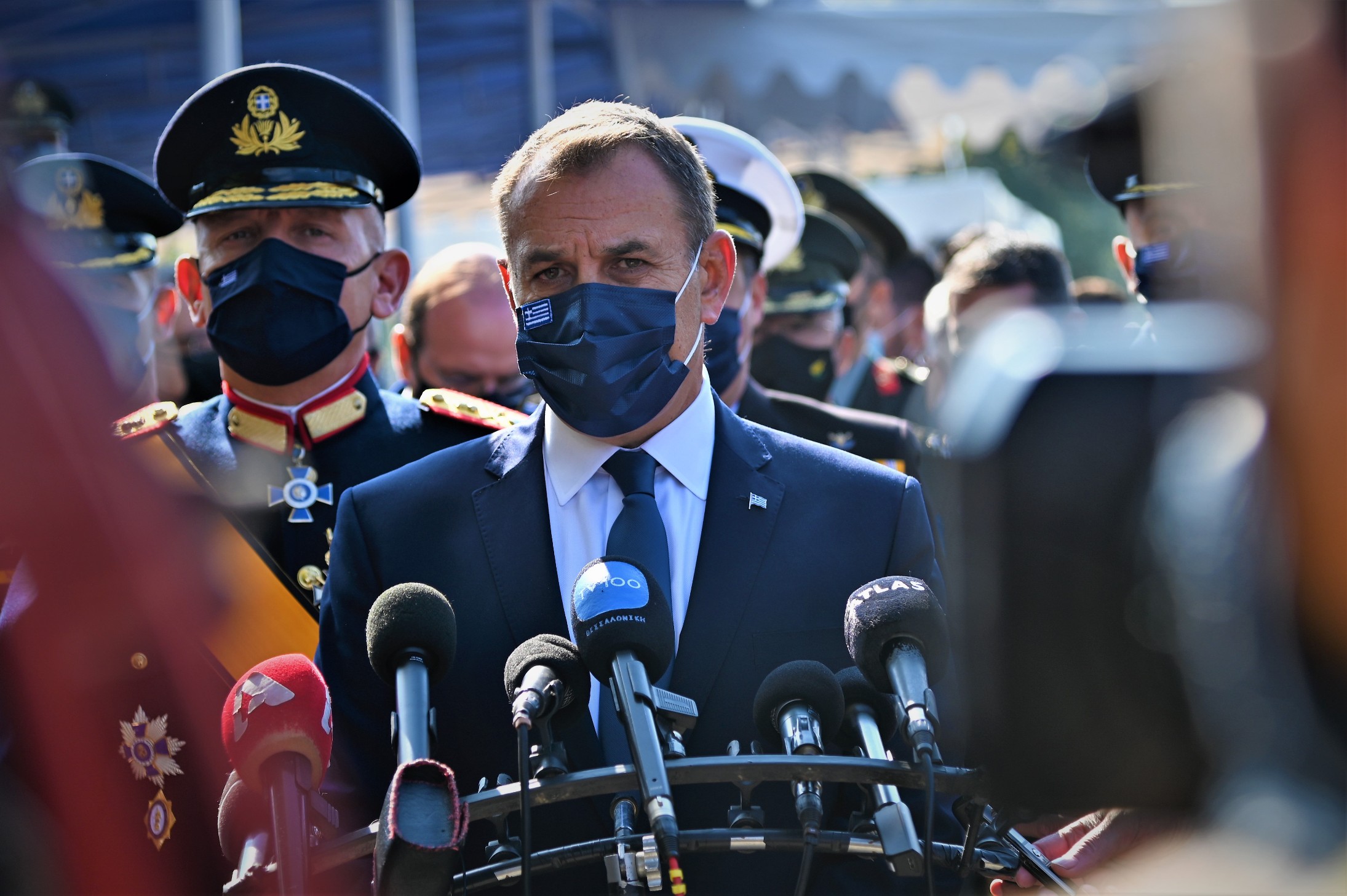 The Minister of National Defence Mr. Nikolaos Panagiotopoulos represented the Government at the parade for the National Anniversary of the 28th of October 1940, held in Thessaloniki, in the presence of H.E. the President of the Hellenic Republic Mrs. Katerina Sakellaropoulou.

The Minister of Defence of Cyprus Mr. Charalambos Petridis, the MP of Thessaloniki A Constituency Mr. Efstratios Simopoulos, as representative of the Greek Parliament, NGGS/Chief Lieutenant General Dimocritos Zervakis, representatives of political parties, MPs, members of the Regional and Local Self-government, as well as representatives of the Church attended the parade.

Upon the conclusion of the parade, the Minister of National Defence Mr. Nikolaos Panagiotopoulos made the following address:

“Today, here, in sunny Thessaloniki, we honor and celebrate the anniversary of the 28th of October 1940. We have just attended a bright Military Parade, in order to honor the memory of the Heroes who have fallen and sacrificed their lives, defending homeland.

In October 1940, Greece defeated a theoretically superior opponent, an arrogant totalitarian regime with expansionism tendencies, which was buried in the snowy mountains of Pindus. Greece achieved this, because the Greek people were united, conscious of the danger and ready to fight and win. Because the Armed Forces were also ready to perform their duty and because the Political Leadership raised its voice by saying “NO”, completely coinciding with the people’s feeling; it had also provided for the timely preparation of the Army for war, a fact that may seem a historical detail, but it played a decisive role with regard to the outcome of the confrontation.

If we must learn a lesson-and we must-from the epic of 1940, is that when we are united, conscious of the danger and ready, we can face any threat, we can overcome any ordeal.

Due to this important day, I would also like to add a few words: we attended a bright Military Parade; we admired the assets, the weapon systems and the morale of the members who participated in the parade as well.

Greece is armoring itself and it will continue doing so, in the context of a methodic effort, based on an organized plan, drafted in the Ministry of National Defence, in a perfect cooperation between the Political and Military Leadership and of course the final approval of the Prime Minister. So, Greece will keep on armoring itself, by expanding and intensifying Defence alliances with friendly countries, but also by upgrading the Armed Forces’ weapon systems. We are doing this, because we consider the country as a pillar of security and stability in the region, but also because, although we are not threatening anyone, we do not like been threatened either.

Happy 28th of October to Thessaloniki, to Greece.

May Virgin Mary protect us.